When is the best time to travel Northern Territory? 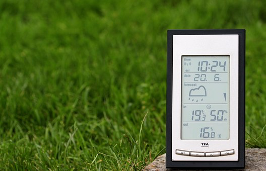 I am often asked “when is the best time to travel to Kakadu”? Although we traditionally think of our annual weather pattern in 4 seasons, up in the Top End the weather pattern is more of a tropical monsoon climate with 2 distinct ‘wet’ and ‘dry’ seasons.  The wet season usually runs from November to April, and temperatures are in the low to mid 30 degrees C and characterised by high humidity, and monsoonal rains and storms.  The dry season runs from May to October and is characterised by warm, dry and sunny days with temperatures in the low 30 degrees C. The most popular time to travel is during the dry season with high numbers of visitors, however, travel during the wet season is also possible with a little careful planning.  There are some areas of Kakadu which regularly become inaccessible during the wet season, however other areas are accessible all year round.  Even more interesting is that the climatic changes and weather patterns for the indigenous people of Kakadu are described in 6 seasons.  These seasons are more descriptive of the subtle changes which occur and often represent reminders to start burning country, or signalling that certain foods are good to eat.  These are the descriptions of the Aboriginal seasons… 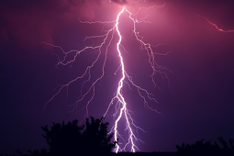 Pre – monsoonal season.  This period runs from October to December and is characterised by hot and humid weather.  Large thunderstorms build during the afternoon and heavy showers bring lots of water to the streams and floodplains which start to run. This period is also significant for the local indigenous people as they know that this is when barramundi tend to move from waterholes downstream to breed.  In the past, indigenous clans also moved themselves to higher ground or what is referred to as ‘stone country’ to take shelter from the heavy rain and violent storms which characterise this season.

This is often described as the true ‘wet season’ and runs from January to March.  Gudewg is characterised by electrifying thunder storms, heavy rain, flooding and humidity.  The country looks greener than ever as the conditions allow for rapid new growth and magpie geese nest in the grasses.  Spear grass grows to over 2 meters and animals like goannas, snakes and rats may often take refuge in the trees to escape the floods.  This makes them easy targets for hunting. 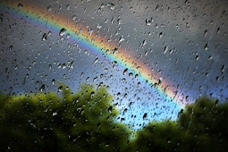 This period is characterised by the gradual dispersing of clouds and less and less rain.  It occurs in April and clear skies tend to prevail at this time along with less humidity.  There are often windy storms which knock down the tall spear grass, and they are referred to as ‘knock em down’ storms.  Animals are tending to their young, wildflowers are in bloom and most plants are fruiting at this time.

Yegge runs from May to mid June and is characterised by lower relatively cool temperatures, and much lower humidity.  The wetlands start to recede and the Darwin woollybutt trees are in flower.  This lets the local people know that it’s time to start to burn patches of the woodlands and grasses to ‘clean the country’ and encourage new growth for animals to graze on.

Wurrgeng runs from mid June to mid August and is often referred to as the ‘cold weather’ time although day time temperature may still reach 30 degrees C.  The flood plans dry out further which causes the water birds to crowd around the shrinking billabongs.  Magpie geese are fat and good for eating after abundant feeding.

Gurrung runs from mid August to mid October.  This period is characterised by hot and dry weather. At this time local people start to hunt for file snakes and long-necked turtles.  Wetlands continue to dry up and late afternoon winds may be present, along with thunderclouds which start to signal the return of the build up or Gunumeleng season.

From these descriptions you you would be correct to assume that the most popular time to visit Kakadu for a holiday would be during the Yegge, Warring and Gurrung seasons.  But if you have never visited during the wet season, don’t let the thought of humidity or rain put you off.  The country is truly breathtaking during this monsoonal time with the rivers and waterfalls flowing magnificently and the landscape green and lush.  It presents a different picture to behold and with some clever planning, you can certainly get around with plenty of things to do.  But whenever you visit Kakadu, you can be sure that mother nature will provide a spectacular experience for you.