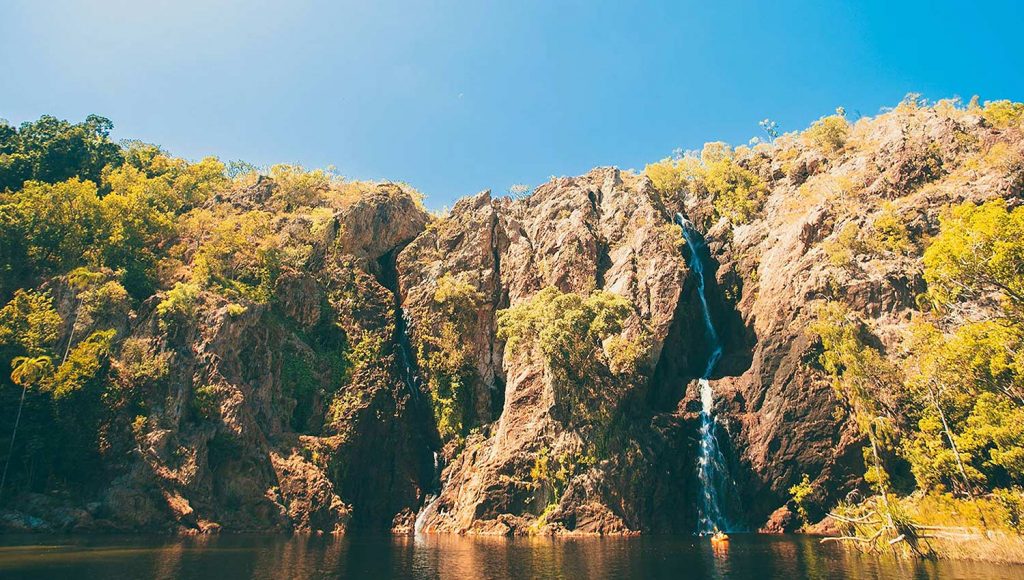 The day starts with a tour of Darwin including the iconic Waterfront and the historic Stokes Hill wharf. Your guide will paint a vivid picture of the history of Darwin, including major milestones like the air raid bombings during World War II and Cyclone Tracy, which devastated the city in 1974.

The tour will then take you out into Litchfield National Park, which is located approximately two hours south from Darwin. On the way to the iconic rock pools, your guide will point out the massive magnetic termite mounds, resembling giant tombstones, as well as the gigantic so-called ‘cathedral’ termite mounds. Some of which tower over 5 metres tall.

Your guide collects you from your Darwin accommodation at 8AM, in our luxury, fully-equipped, air conditioned 4WD. Arrival back in Darwin is around 5.30PM where all guests will be dropped off at their accommodation.